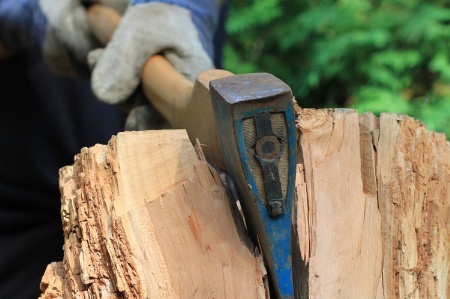 I’ve had a two week break from writing my blog as I decided to take a nice long holiday, lucky me. I have been gadding about the country in a beat-up Renault Clio, visiting friends and marvelling at the closure of major motorways without any apparent diversion routes, despite the fact the UK pays more road tax than any other European country.
That’s a rant for another blog, and I’m not sure my blood pressure can stand me raging about it now; some residents of Staffordshire will have heard my tirades as I meandered meaninglessly around their B-Roads at 3am after discovering the M6 was shut. HOW ELSE DOES ONE GET NORTH???

I went to Manchester to visit some friends, and played in a £30 entry, £2500 gtd game in The Poker Lounge at 235Casino. Good fun, nice poker room, crowd kept in check by staff, free food, and they managed to train up some new dealers without it being too annoying.
I mean, it was slightly annoying, but dealers have to train somewhere, and a £30 local game is definitely it.
The cardroom had interspersed a good crop of experienced dealers and supervisors and had a manager knocking about the whole time.
This is not a blog ranting about trainee dealers; if I want to play in a live cardroom with experienced dealers then I have to help train the dealers at some point.

Lots of players do have a rant about trainees, but I think this is daft, especially in a low-stakes game. I could understand them complaining if it’s the final table of a £1000 event, but if a casino can’t train staff in a £30 midweek game, when can they? Anyone who thinks it’s possible to train a poker dealer without giving them live experience doesn’t know what they’re talking about.

I have long noticed that players’ rage with trainees is in direct correlation with their chipstack- ie, if they are winning, they have no complaints, if they are losing, then everything the trainee dealer does is retarded… hmmm.

This casino set a bloody good example of how to train new dealers on the job; it’s essentially a public service to the local poker community, because they’ll probably all be working somewhere else within a few weeks of being competent.
I think my point is, that with a £5 reg fee, food included, I’m not going to whine on about a few slow dealers when they have to learn somewhere.

I was running well, and as expected in this sort of game, the field was soft as baby shit.
I made the final table, dealt by experienced dealers, got lucky and laddered to 6th place. I got a bit luckier and was chip leader by the time we were 4 handed.

It was 5am and we’d been playing since 7pm the previous evening. We passed chips around four handed for a bit; I got tilty and snappy when a lad folded his small blind to the big blind who had 1.5 blinds behind, I was a little bit rude.
I was definitely getting grumpy, and I’m a loud, dominant personality so I can bring the mood of the table down very quickly. I know this is not cool, I’m not defending it, but that’s just how I am, and it had been a long night!

I was tired, full of strawberry milkshake and not in the mood to keep playing, and we weren’t really playing anyway; it was definitely push or pass poker, as I was large chiplead and had 25 bigs. I don’t really remember many hands, I was a bit out of it. It sounds really slack, like, where is the discipline, man?

My mind should have been incisor sharp and honed to destroy those little minnows, not focussed on dribbling into a bag of chocolate buttons. This tournament was a large buyin for me at £30, I am not bankrolled for that sort of punt.

So why was I playing?
I suppose the truth is, I wasn’t thinking of it like a poker game, it was a night out for me, I’d had a beer and a smoke and was in a party frame of mind. I’d made some crazy calls earlier in the game and got lucky, I’d passed hands without thinking because I didn’t want to be the only one in the group on the rail, and I’d been far more interested in getting strawberry ice-cream milkshakes in my fat face than working out my opponents’ ranges.

I know that if I’m playing such a high buyin relative to my normal online stake, I should have been in a better mental state to bring my best game, but on this occasion, I just wasn’t.
Although there was not much game to be had any more, nuanced poker time had passed, and it was about all-in showdowns. If I doubled one of the two larger stacks up, they would have been the same stack size as me.

With all that in mind, I offered a four-way even chop, which was, predictably, immediately agreed by all parties.
I took the chop, the coward’s way out, “I could have won it, but I just went for the chop…”

I remember hearing that when I was a trainee dealer, and a total noob player, and thinking that people who said that were such fibbers, that it must be nonsense because why would someone share the money with other people if they could have had the lot?

I know that if I had played on from that four handed situation one hundred times, I would have taken down the £1000 first prize the majority of the time, and in the end, I settled for £500, and ensured the guy with 3bb took £500 too.
At the time, I was just glad to get out of there; but should I have done it?

I know this was not a financially savvy move, but logic was out of the window the second that I bought in for a £30 tournament.
One of the greatest poker skills is good bankroll management, and I’m only bankrolled for £5.50 average buyin. Sensible poker had gone out the window at the registration desk here; I wasn’t playing “sensible”, I was on a night out with my friends that just happened to be at a poker game, and I’d had enough.

I wanted to put my slippers on and fall asleep in front of an episode of Mad Men, and I didn’t even question whether I was doing the right thing until I woke up at 3pm the following afternoon.

I played a scheduled tournament at DTD once, and they would only allow an ICM chop. This means that each player could only take the current cash value of their stack based on The Independent Chip Model; everyone had to agree to that, or play on.
At the time, I thought that was overly proscriptive, like it was our money so the house shouldn’t get involved; now I feel like that approach protects players from making bad financial decisions like I did that night in Manchester.

That said, I was not in a good place on the final table on this particular night, and I know how quickly it can go the other way, so I could have gone from chip leader to 4th place, and because I do not usually play tournaments at that level, I’m unlikely to play enough to even out the variance.
Poker has taught me that I should always strive to make +EV decisions, and this was a bad chop for me, I should not have offered it, I really should have played on.
However, poker has also taught me that sometimes you have to make a decision in the moment, and go with your instinct.

With hindsight, I know I should not have taken that chop, but in truth, if I were to be sat in the same seat, feeling like I did, with strawberry milkshake in my belly and chocolate buttons stuck to my chin, I would do it again.

Like every other aspect of my poker game, I will just chalk this up to experience and hope that experience improves my instinctual decision making the next time I’m in the same spot; you win some, you lose some, you chop some.

One thought on “Stop, Drop And Chop.”