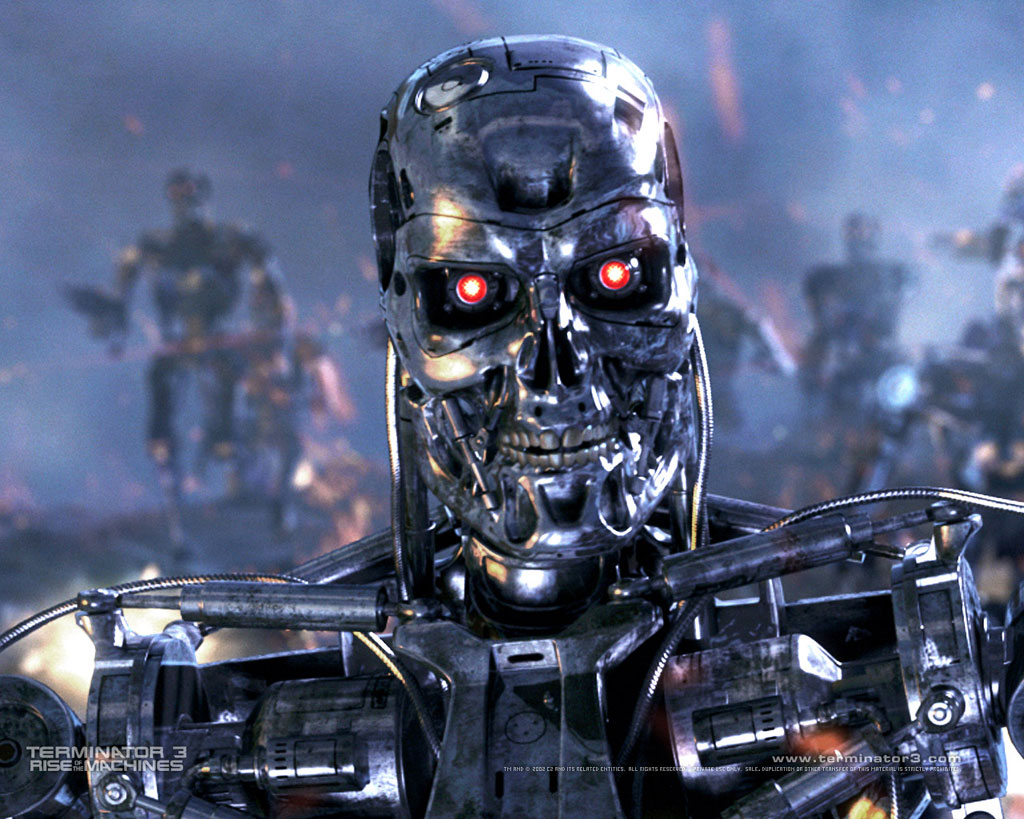 I stumbled across this link this week on 2+2 about a “poker-bot ring”.
I’ve heard of poker bots before, but I don’t really know what they are.
I was once told by an experienced online player that as I almost exclusively play full-ring, NLHE, massive field, micro-stakes MTTs I don’t need to worry too much about the bots.
Bots are most prevalent in mid-stakes cash games, especially HU and six-max. It would seem that if I’m encountering bots in large MTTs it’s only in the early stages; they do the grunt work and then a human player takes over in the mid/late stages.

On the list of names that are alleged to be bots  by the team of Russian players that claim to have identified them, I noticed a name I think I played with in a $109 tourney on Party (obvs I sattied in!).
This made the bots feel very close to home, and although I’m not exactly scared of the singularity anytime in the next five minutes, I thought I’d do a bit of research on the bots and share that with anyone else who has no clue what a bot is or what it means to online poker.
Before the youth contingent start taking the piss, please remember some of us are too old to have been born with a fibre glass cable umbilical cord, and therefore really struggle with the speed of modern tech; sometimes I feel like I’m dealing with aliens when I try to understand how computers work.

What is a bot?
Whilst I love the image of the Terminator multi-tabling and drinking endless cans of energy drink, there are no physical robots; bots are a piece of software that plug into poker sites and plays the game instead of a human player clicking buttons.

They have to be programmed to make the decisions, so if they are programmed by someone who is terrible at poker, they will make bad decisions.

In the early days of bots, each user had to program their own bot, whereas now, one can be purchased with a decision making set already programmed; this potentially makes them more dangerous, but also makes them easier to spot, because 50 human players with exactly the same playing statistics is not a likely scenario.

What are a bot’s strengths and weaknesses?
Bots don’t get tired, they don’t get emotional and nothing can tilt them.
We all know that these factors can seriously affect our puny-human win-rate because we start to make poor decisions.
A bot will always play its best game, whatever the weather, and this potentially gives them an advantage against the best players in the world, who are susceptible to all forms of tilt… maybe not as susceptible as me, but even world class players are not immune.

Something that the top human players are good at is adjusting their play in response to an opponent’s action and style.
Bots are not good at this, if capable at all. Because they work on large samples of hands, even an average human opponent will spot adjustment opportunities before a bot.
Of course, as AI and bot programming techniques improve, this bot weakness will diminish, but at the moment, if you’re playing a bot, you can be sure it won’t adjust quickly, so if you find a leak, hammer it.

Who’s making these bots?
The idea behind “solving” games is not one that has come up since online poker went batshit, nor is “game theory” solely applicable to what we might recognise as “games”.
The mathematical/computational processes involved are relevant to developing optimal solutions for real life security systems, such as airport security, among other applications; real world Game Theory applications date back as far as The Cold War.

Programs designed to beat the game of chess, chequers and even Connect4 far predate poker bots. Poker bots excite the geeks trying to solve these games because poker, being a game of incomplete information, is much more of a challenge.

In 2015 Michael Bowling and his team of nerds at the University of Alberta claimed to have “weakly solved” the game of poker (only heads-up limit hold em).
A game is considered “strongly solved” if a programme has been designed that cannot lose against any strategy the opponent (human or computer) uses- chess, chequers and Connect4 (games of complete information) have all been “strongly solved”.
Of course, combine the work of these clever bods with ideas about solving the “game” of World Peace with the work of other clever bods who are purely focused on cracking the game of poker for profit, and there is some dangerous potential right there.

There is an annual “live” poker competition for bots, but this is more of a scientific festival than a poker festival in the sense we’re used to; at least the bots don’t complain about the air-con or the valet service, eh?

Who’s using these bots?
The most common appearance of bots is as part of a collective or “ring”, presumably to spread variance, used by people who want to make a profit at online poker, either by beating opponents, or just playing a huge amount of tables to make profit from rakeback schemes.
They can be used effectively as method for just clearing the site’s bonus requirements, looking to break-even in the games they play.
There is a group, usually referred to as “botters” who are genuinely just programming geeks and enjoy tinkering with and optimising software.

Why don’t the operators just stop it?
One of the ways a site can identify and so close a bot account is by programming the client to detect bots, but this is controversial in itself because it is tantamount to embedding spyware in the client software. If PStars is tracking potential bot accounts movements with Spyware, then they are doing it to all accounts, including mine and yours.

As far as I know there is no online site that actively allows bots to play, they are against the T+Cs of membership, but it is expected that all sites have bots in circulation. Realistically, bot stats are fairly easy to identify, so it has to be assumed that the sites could be doing more to close them down if they really wanted to.
Without wanting to be too cynical, the bots make money for the site in the same way we do, by paying rake, so if no-one’s complaining to the site about an account (or group of accounts) being a bot, then why would they bother?
When Full Tilt banned a huge amount of accs using bots in one instant and unexpected swoop, it was reported that they lost $70k pcm in revenue as a result of the move.

Are they categorically impossible to beat? 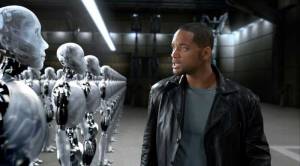 It would seem not… at the moment.
Poker is a game of incomplete information, and because of this it’s impossible for any player, even a bot player, to consistently predict the outcome of every hand.
This means that the systems used to build the artificial intelligence of the bot are developing and imperfect. Human minds make better decisions than computer minds when faced with grey areas or value judgements.

Bot makers are not trying to program the bot to play exactly like a human, because that’s (currently) an impossible task; the bot needs to “learn” by playing a massive amount of hands, and this can result in bet sizing and plays that seem to make no sense, and are not the sort of thing a human player would do, which helps human players to identify the bots.
Or course, just like a human, poker bots can get better with exposure, and they do it a lot faster than most of us! As an example, in 2007 the poker computer Polaris played a HU tournament against human players and lost, in 2008 it played again and won… and that was eight years ago!

In 2015, Carnegie Mellon University Sadholm’s latest bot, Claudico, played 4 of the top 10 ranked players (including Doug Polk) and lost, but, by a margin so small ($700k over $170mil of bets), that the bot’s owners claimed the loss to be mathematically insignificant.
This claim has been criticised, with critics stating that even the small win, over such a large sample, still put the human players at a 10/1 favourite.

Poker bots available to the average Joe are traditionally, and continue to be, pretty bad, but as the research, AI and, perhaps most critically, the larger memory space available on home computers grows, they are not staying still; the bots work on their game a lot, and are improving as a consequence.

They are getting smarter, but once you identify you are playing a bot, if you have the stones to get a bit crazy with them, you can probably beat them.

How do I spot a bot?
It’s not always easy, especially if you are multi-tabling yourself.
Some bots will be better than others, and as time goes on they are getting cleverer and therefore better at adjusting, which makes them harder to spot, and some of the bot habits are possible from a human player too!

Some key indicators are:

Are bots immoral?
This can only ever be an opinion. It would seem fair to say that if a site states in T+Cs that it is illegal to use a bot on the site, then to use one is immoral, because we all agreed to the rules on the day we signed up.
Also, if bots are operating in a “ring”, then that is clear collusion, and that is also against the rules.

That said, we also trusted the sites with our money when we signed up, and if they could be identifying bot accounts with greater frequency than they are, who is really the most immoral? The bot users or the site operator? You decide.

If a site openly allows bots, then I’m not sure I see a problem; the world changes, perhaps this is a change that is inevitable in online poker, only the future will show us.

Should I be worried about bots?

If, like  me, you are a micro/low stakes MTT player, then I think not.
As far as I know there has never been a bot-ring highlighted for micro-stakes games, I can only assume the cost of the bot and the time to program and maintain it cannot be supported by even a healthy micro-win rate.

If you’re playing mid/high stakes cash games, then I think you should keep your eyes peeled. I predict bots will become more prevalent, cleverer and harder to identify and beat- make sure you stay abreast of the developments in the field!

What do you think? If you got beaten by a bot, was that a fair and square beat, or were you cheated?

Article by M. Bowling; bit annoying as you will have to register, but you can see the full article for free once you do and it’s very interesting, if a little heavy going! http://science.sciencemag.org/content/347/6218/145.full

Play against NeoPokerBot. This was great fun, and it’s free! I played 5 matches with the bot and won them all, although twice I was lucky with flips preflop. In addition I knew I was playing a bot and hyper-aggression was the key… I’d struggle to play like this with my own money or if I thought I was playing a human! http://www.neopokerbot.com/play

Interesting response from Shanky technologies, one of the main retailers of poker bots: http://www.cheatonlinepoker.net/online-poker-bots/poker-bot-cheating-scandal-at-full-tilt-poker