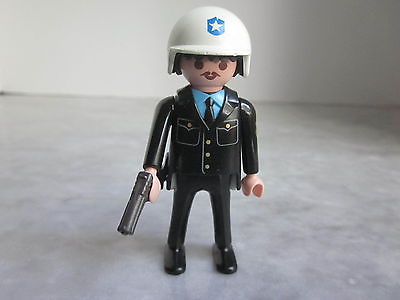 I’m playing The GOLIATH at Grosvenor Coventry (UK) next weekend and I’m very excited about it.
It will be my 5th GOLIATH since the great and glorious event started, but my 1st as a player instead of floor staff and general microphone muppet.

I was once told I was “a bit risqué” whilst speaking into the microphone, so if you’ve thought that whilst you were playing, brace yourself for me being at your table!

I’ve had a shitty poker time since March this year, playing badly, running badly and pretty much hating my poker life. I’m principally an online player, so I’m looking forward to changing it up with a live environment game, and hope whatever I did to maths to make it punish me so hard can stay online and not follow me to Coventry.

I’ve hardly played live this year, just twice in fact, so I definitely feel a bit out of practice. I did satellite into the GOLIATH, but it cost me about £35 to win the £120 seat, so I’m still technically playing above my average online buyin of $5-$10.
When I play live I’m really there for the experience as much as with a view to win any money. I try to imagine my online play and live play as two entirely separate spheres; I’m not bankrolled for the cost of live games, so by my own definition, I can’t be playing “serious” poker if I’m not properly bankrolled.

There’s a few things I don’t like about live poker, mainly drunk people, how slow it is, inexplicable smells coming from unknown sources and the “Table Cops”. 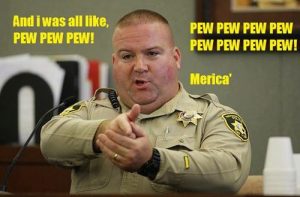 Table Cops come in all shapes, sizes and genders, but I’ve never met one that I truly believed was genuinely concerned with the integrity of the game. I have only encountered Table Cops that I felt wanted everyone at the table to know that they have a Godlike grasp of all the rules and are a poker intellect to be reckoned with… even if they don’t and aren’t.

There should be one policeman at the table, they should be wearing a uniform, a name badge and work for the house. Of course, I mean the dealer, I don’t think poker rooms should start hiring policemen, although in some rooms, it might be a good idea.

Here’s my top three Table Cop gripes, (in no particular order) so if you’re at my table this week, reign it in, or we might come to fisticuffs, and I’m surprisingly strong!

Arguing With The Dealer Cop

Just fucking NO.
If you have a point to make, make it once and then call the floor. Great dealers will do that anyway, the second you start arguing; most experienced dealers can spot a Table Cop from fifty paces and they can’t be bothered to get into it.

If you have live cards, and you think the dealer has got something wrong, you should definitely call the floor, and never be afraid to do so. Dealers do make mistakes, and this is your money we’re talking about. You’re not a Table Cop if you think an error has occurred in a pot you’re playing and you want it sorted, if the outcome of the pot affects your stack either way, then you have a right to question anything you don’t agree with or don’t understand. Although once a rule is made by the floor, the rule is made and any further complaints should be taken to management. 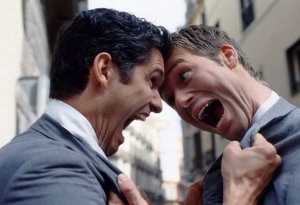 If you don’t have live cards and you’re just enjoying having a row with a dealer, or telling everyone a very lengthy story about a similar rule/problem/cock-up in another place and slowing down a pot that you’re not even involved in, you should shut-the-fuck-up.

Ever noticed how dealers and floor staff are really nice to people who argue with them and loudly try to show the whole room how they are shit at their job? That’s because they are at work, and they are paid to be nice to those people; if words spoken in casino staff-rooms had power in the physical world there would be Table Cop types dropping dead all over the place.

It’s bad enough arguing with a dealer when you are in the pot, it really serves no purpose, but when you don’t have cards, it’s just terrible.
Speak to the floor manager quietly, tell him/her the problem and let them argue with the staff; keep your own blood pressure down, calm down, sit down, and shurrup.

You Tried Something Cheeky And I Saw It Cop

I know stuff happens sometimes and it’s not right, but that doesn’t mean it’s your problem, or your responsibility. There’s a famous poker hand between Fleyshman and Levi where a Table Cop moment may have affected the outcome of the pot.

If you can’t be bothered to watch the video, the Cliffs are that Levi showed blatant forward motion in an attempt to garner a read on the river (which Fleyshman was bluffing) in a heads-up pot and another player piped up.
Levi was forced to call, where he may not have. He claimed he was going to anyway, but he would, wouldn’t he? It was a correct ruling, but the wrong person called for it.
Steinberg apologises profusely for his involvement after the hand, presumably because he realises he may have cost his friend the pot.

Yes, the dealer should have announced call and let Levi argue the toss.
Yes, it’s a form of cheating and is not allowed.
No, I don’t think a guy who had folded his cards should have said anything until the pot was over.

As it goes, Fleyshman wasn’t even looking, so fat fail on that front, and I do think it was a really slack moment from the dealer, maybe he was on a 16hr shift, maybe he was an idiot, I don’t know, but I still don’t think the other player should have said anything whilst the pot was live.

As soon as the hand’s over, rip the guy a new one. Make sure he knows that if he tries that sort of trick in a pot with you that he won’t get away with it.
After the pot, tell the dealer he’s an idiot, call the floor and explain what happened; but if a hand is in play and you don’t have cards, then keep it zipped unless you’re ordering a steak butty.

The Let Me Teach You Cop

The Cop who has to help everyone learn how to be better, policing people’s playing style and explaining “how it’s done” is a Table Cop type that I just cannot understand.
I mean there are the obvious reasons you don’t want to be educating your opponents in terms of your own profit margin, but aside from that, it can ruin the environment and potentially put all of our profit margins at risk by scaring off noobs.

Nobody likes to be shown up, and if someone is making daft calls and raises, then let them get on with it and put your energy into making adjustments to your play so you can get some of the chips that they don’t know what to do with.

Explaining some detailed 3-bet bluff strategy to someone who says “twist” when they mean “bet” is a ridiculous waste of time, and only serves to make them feel confused and small. Tell them “well played” when they win, and “unlucky” when they lose, irrespective of how the pot goes down.

It’s not just strategy lessons that these Cops feel the need to dish out, they love to point out when some minor technical infraction has occurred, like the big chips are at the back, or a noob says “oh no, I folded an Ace” when someone is all-in on an A-high board.
Let the dealer explain, and then make the player feel better by saying “yeah, we all do that sometimes, don’t worry”; screaming “STRING-BET” at some noob who’s playing some other noob in a heads-up pot just isn’t cool, and it will scare them off.

There will be a good few players who disagree with all of this, probably Table Cops, but I really think it’s time for a little bit of chill.
It mainly only applies to low-stakes games, because there are very few total noobs in the higher stakes games.
Low-stakes poker doesn’t have to be about ego and aggro, it can be about fun and creating a welcoming environment for people who haven’t got a clue and are still willing to put their money on the table.

I also understand the logic that in tournament play every chip belongs to everybody until the tournament is finished and that means that any infraction, on any table, at any point IS therefore EVERYBODY’S problem.
That said, however hard one tries to Police all the action, mistakes will happen, and in low-stakes poker, they are nearly always mistakes, not angle-shoots; I believe that a thinking, hard-working, low-stakes player can absorb these mistakes without it being detrimental to their win rate.

Let the tournament staff do their jobs, escalate the issue through the proper channels if they don’t and relax your backs, Table Cops, because the truth is, nobody likes you.