Walking Tall In Tallinn With MPNPT

If I’d had a shite weekend because the event was terrible, then I really couldn’t say it, without risking my job.

And if I had great weekend, then it would sound like I’m only saying because I have to.
I’m caught between a rock solid paycheck and a hard independent blog.

So I wrote marketing copy on the work blog, as I’m paid to do, and thought I’d just write a few stories about some people I encountered in Tallinn.

Ostensibly, I was supposed to be working, but I was lucky enough to have very much a player’s experience, and spent much of the time playing, networking (in the bar) and trying to photobomb every picture Mark Spurr took to get my tiny brand to appear in the social media photos.
Can no one tell my boss please, because he keeps okaying these expenses and he gonna get wise to me one day soon so shhh.

First up is Clodagh Hansen. She’s the tour organiser and she’s excellent value.
Microgaming, and all the skins on the network are lucky to have her. If you’re not sure how network poker operates, let me fill you in.
Microgaming come up with the software, and the different brands on the network plug into that software and sell it; each brand has at poker manager, which is a person like me.

We are all pretty dickheady.

I mean, we have to be. Poker is a contracting industry, and the days of random skins firing up willy-nilly and printing money are properly dead; if we want the voices of small poker skins to be heard over the pained, screaming swansong of a dying industry then we need to fight. 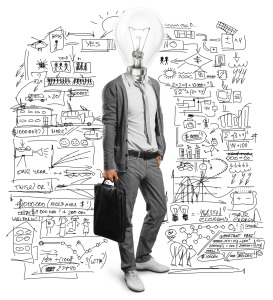 Every skin on the microgaming network has a dickhead like me, chirping up with some “great idea” every five minutes.

To be fair, there are some pretty good ideas, because it would seem the other network poker managers are actually a bit poker nerdy, and genuinely passionate about the game, but just having lots of ideas about a live tour is kinda easy.

Clodagh makes it happen; she may be inspired, supported and/or annoyed with the many poker managers she has to wrangle, but she has the job of sifting through the dross and bringing the final plan to life.

She’s a power house of a human, and people like that keep shit together and move it forward; I’m thrilled to have the chance to work with her.

I also met a man we’ll call Mr Finland.
It’s not a very imaginative name, he was a Finnish guy, maybe in his late fifties? He was reasonably tall, and had long hair.

One thing I did appreciate about him straight away was that, despite speaking no English at all, he plonked himself down in the middle of a group using English as a common language and started gabbing away full-throttle in Finnish. He would look at you expectantly at the end of a sentence and wave his hands like a magician as if to make perfectly formed Finnish sentences pop out of your mouth.

What I did not appreciate about him was the quotidian sexual assault.

I can handle it, I do handle it, all women (and some men) have to deal with, gentle, sly, physical, sexually-motivated sliminess on a daily basis.

I know he thinks he’s being nice.
But it’s gross.
Hands on my shoulders, my hair, my waist, my neck; WHY do your fingertips need to be that close to my tits? Fuck off, son.

It’s gentle, it’s public, it’s in front of everyone, so it can’t be that bad… what is my problem?
He isn’t doing it to all the men as well.

After a couple of times, I politely ask Mr Finland to stay out of my general dance space. I clearly and concisely state the exact distance he should stay away from me and demonstrate, with my arms, that distance.
I also notify him that if he steps within this space, I will punch him in the dick.

I think this works for me, because I am actually fucking daring him to cross the space. Because I absolutely will punch him in the dick, and he can see in my eyes that I would fucking love to do it.
It won’t work for everyone. Stay safe.

Mr Finland, was, like most unwitting , quotidian, sexual abusers, underneath an alright guy.
After four days of playing the same poker, drinking in the bar and hanging out in a totally friendly environment, we had established mutually approved physical contact in the form of a controlled, if slightly pantomimed, fist bump; he kept well in his own space, and, I think, told me some interesting anecdotes in Finnish.

I also met a chap called Billy Brexit. I didn’t actually meet Billy in person, but Billy introduced himself to a large amount of people at once, and at the top of his voice.

He had a dispute. I don’t know exactly what the dispute was about, but somebody had, apparently, been a “MASSIVE FUCKING PRICK”.

As soon as I heard it kicking-off, my first thought was not, “oh no! RIP tournament integrity, the Estonians have fucked up”, it was, “of course it’s a British guy kicking off”.
Of course it was.

If Billy had a genuine point, (which he might have had. Who knows? We’ll never know, because he blew up) it was instantly undermined by his big loud Britishness.
Billy’s a big guy, easy to immediately take him as physically intimidating, and he was drunken-sailor loud.

British ranters usually find one insult, or lairy catchphrase, and hang on to it. Billy followed this trend, with his phrase being “FUCKING PRICK”.

He “FUCKING PRICK”ed his way to a beyond reasonable ejection from the tournament: The freebuy tournament laid on with some added value from MPNPT.

After his departure from the large room, he was to be heard continuing the theme of “FUCKING PRICKS” in the lobby, and presumably on the stairs and beyond.

Billy was an embarrassment to me in a foreign land; my countryman bringing shame. The guy screaming “YOU FUCKING PRICKS” to 400 people is always British.
I mean, #NotAllBritishPeople, but #AlwaysBritishPeople.

There was no real aggro, just a shouty Brit, and we all carried on playing poker and had a good laugh at Billy Brexit.
My British shame hung around and I apologised to the Estonian floor staff member who had been bawled at by Billy. She gave me a stare that would have frozen a dragon’s breath. I quietly nodded in submission and slunk away, Britishly. 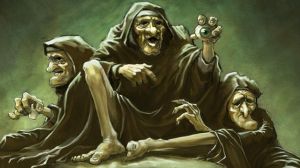 Later on that evening, after some cocktails, I was chatting to one of the three Grey Sisters of the Media team, and learned a story about Billy Brexit that made me love him, just a little bit, and almost entirely forgive his previous, ridiculous outburst.

Billy had gone into a food shop, and bought a load of hot food for some homeless people on a cold day. There wasn’t enough hot food, so Billy went back into the shop and asked to buy more hot food.
The shop hadn’t got any, they were closing.
And Billy Brexit kicked-off right there because they were “FUCKING PRICKS” for not having more hot food for the homeless.

I just don’t know what to make of people; they are weird and wonderful.

When you write marketing copy, you have to shine a light on the best elements of what you’re writing about.
What I love about well organised live poker events is that I can write about the worst bits of it, and still do it with love for the environment of my favourite game.
Wherever you choose to spend time, you’ll be battered left and right by crazy weirdos, and live poker tour stops continue to be one of the safest and greatest places to meet the freaks and uniques of the world. 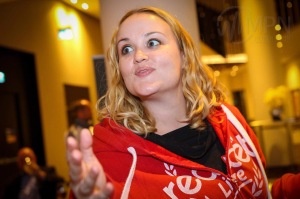 I can say I genuinely had a really great weekend with the MPNPT, and I’m looking forward to Mazagan in January.
In the meantime, it’s Battle Of Malta Week here, so I’ll be busy with that, and fully expect an British guy to boot off in level one of day one.

One thought on “Walking Tall In Tallinn With MPNPT”