Global Poker League: Game On And Up 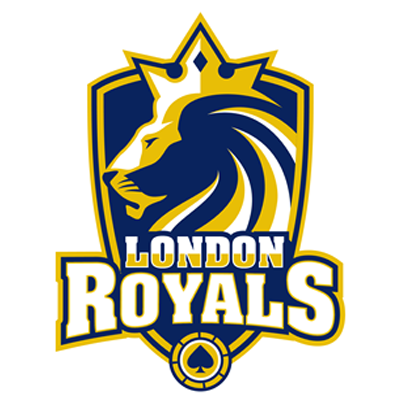 You may or may not have heard about the GPL (Global Poker League), which starts officially on 5th April.
It’s a league of poker teams from around the world, teams made up from some of the biggest names in poker.

I wrote a piece a few weeks ago about how poker is not a team sport, and can be a lonely endeavour. The GPL is proof that is not always the case, as these teams will be competing with each other in various events, at varying buyins (not always the sickest, giant, nose-bleed stakes) and league points will be accumulated based on the team members’ performances in each event.

For more information check out the GPL website, as it has all the details and links to the places you can watch the matches as they happen.

I’m a little bit sketchy on exactly how the league works because I’ve never been a fan of team sports. I’ve never been into football, basketball, baseball, or any sort of ball.
From my school days as the fat kid who never got picked for any team, (except hockey as the goalie; you need the fat kid to fill the goal) to my sedentary life as an adult, sport generally bores the arse off me.

I’ve always thought it a bit rich how multitudes of sofa-bound, beer hugging fat-arses like me liberally use group pronouns about teams of athletes like they are all part of the same family.

Well… no… actually, you’re sat with your cock in one hand and a lager in the other whilst 11 Premiership footballers you’ve never met charge about relentlessly for 90 minutes and then have sex with minors after the match.

I’ve never been into 2nd hand excitement or glory, I just don’t get it. It’s not me on the team, it’s not me winning or losing, and I have enough conversation to make with other people without having to bond over the sporting prowess of total strangers.
All that stated, somehow I feel a bit excited about the Global Poker League.
“My” team would be the London Royals, obviously, headed by the lovely Liv Boeree and represented by a proud lion crest.

I intend to watch all of their matches, and as many of those of the competitors as I can feasibly find time for.
“My” team is made up of some sick players: Igor Kurganov, Vanessa Selbst, Chris Moorman, Justin Bonomo, Sam Trickett and Ms Boeree herself.
I have to acknowledge that the other teams have some pretty good players too, and that, given tournament poker variance, “my” team is definitely not a guaranteed winner; but as I understand the odd world of sports team loyalty, it’s not about supporting a team just because they are a nailed on winner.

For the first time ever, I do feel like ignoring logic and blindly cheering “my” team on, saying that they’re the best and possibly paying over the odds for a cheap t-shirt with the logo on to show the world who I support.
I’m actually looking forward to screaming “FUCK YOU, REF!” if a tournament director makes a ruling against one of them, or shouting “WE WERE ROBBED” when a coinflip goes the way of a competitor team.

The fat kid feels part of a sports team, the child inside me is included in some sort of league for the first time ever; it’s a lot cheaper than traditional therapy.

The GPL is the baby of Alexandre Dreyfus, the CEO of the Global Poker Index and a man who has long been on a mission to “sportify poker”.
I’ve not paid much attention to his endeavours before, I just wanted to get my head down, improve my game, and quietly make a few bob at low-stakes games without getting too involved in the irrelevant high-stakes hoopla.

The poker world, that’s what.
The doors to poker are as wide open as they ever were, but less and less noobs are walking through them, no matter how big the guarantees, or wide reaching the satellites, there is a decreasing number of new players signing up to poker as a way to spend their leisure money year on year.

Potential poker donators are spending their cash on football, golf, ice-hockey and other sports, but they are becoming less interested in poker. The excitement generated by a load of poker millionaires passing chips between themselves is not as lively as it was 5 years ago, and I can’t identify too many names in the poker world that are making moves to address this.

Alexandre Dreyfus is clearly one who is.

When Ch4 introduced the concept of “Sharkcage” a couple of years ago, I was not enthusiastic at first. I watched a couple of episodes and felt like I didn’t get enough poker for my time. I didn’t care who went in the cage, I wanted to watch good players play as many hands as possible, and the format was not designed to facilitate that. I was too arrogant to work out immediately that “SharkCage” was not aimed specifically at me.

What I soon noticed was that people who knew nothing about poker, and had previously had no interest in it were now mentioning “SharkCage” to me. The noobs were watching it, they thought it was brilliant.

It’s an absolute fact that poker has to evolve if it’s going to survive; it has to become more accessible, and move away from the image of a game purely for rich men who’ve been playing online since they were in the womb.
It needs to present itself as a mainstream activity that anyone can have a go at, whatever their income or skill level. Poker needs to stay in the public eye, or it risks shrinking back to a sport for bitter old men in the dark corners of casinos; if that happens, everyone who makes their living from poker at the moment, from players, to valets, to media, to dealers will be looking for a new job.

If you make your money from poker, in any way, then I think it’s important that initiatives like SharkCage or the GPL get your support, because at least the organisers of these soft-entry ideas are trying something.
If you’re going to sit back and slag them off, you’d better have some ideas of your own on how to increase traffic in the poker industry, or start learning a new trade, because the boom has bust, and to deny the need for new innovation is to bury your head deep in the sand.

I don’t want to see poker die, the industry as a whole is my income and my true passion.
I don’t have definitive answers on how to turn it around, but I do know that denigrating anyone who tries something new is not it. 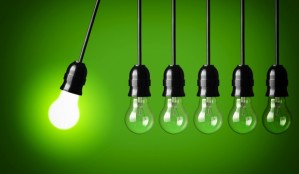 I’m going to watch the GPL streams, I’m going to mention it to any fucker I see wearing a football shirt, and I’m going to blindly support “my” team, however badly they play.
Dreyfus is trying to capture the attention of a massive, sporting market, and if you love poker, you’ll want him to succeed, because if he does, money will start walking in the poker doors again, which should be something we all want.
If the initiative bombs, then so be it… but at least Dreyfus can say he really tried to keep poker alive. Can we all say the same?

5 thoughts on “Global Poker League: Game On And Up”