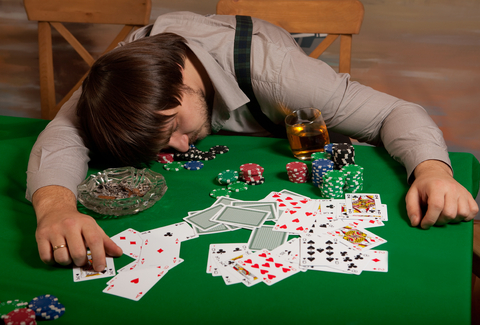 I create social media content for a couple of online gaming companies. I started off just doing bits of writing and reporting on tournaments etc, but after studying social media (because I’m a nerd and love to study) it became painfully clear that writing stuff is not very 21stC.

People want to see videos, great if it comes with a bit of witty blurb, but basically, videos are the “key to engagement”.
I’m starting to hate the word “engagement”; it’s everywhere, a modern word virus, but if I want to keep my job with these companies, I need to care about it.

People like funny stuff most, it’s always nice to laugh, right?
In trying to find YouTube videos to share on a site exclusively for poker players, I came across a vein of videos about drunk poker players, and I initially started laughing hysterically and considered that I’d hit the jackpot.

After watching a few, I became a little bit uncomfortable.
After watching a few more, I started to feel a bit ill, and it started me thinking about how moral it is that drunk people are allowed to play poker and potentially lose their money. I also started thinking about how sensible it is to play poker when drunk, or under the influence of any drug.

I can’t handle my booze, I’ve never been able to. Three glasses of wine and I’m asleep. If I do manage, in some mad fit of self-hate, to consume enough alcohol to get me wasted, I will spend at least 12 hours vomiting and crying and wishing I was dead; I’m sensible enough to avoid booze, and I have never played poker drunk.

My ex-partner was a high-functioning alcoholic, no judgement intended, it’s just a fact and we’re still very good friends. He could consume a volume of alcohol that would floor most large humans and still walk in a straight(ish) line. He would only play poker as a social game, expecting to lose his buyin, and he sat at the table for the fun; he was a drinker who played poker, not a poker player who had a drink.
I reveal these personal details because I don’t want anyone to think I’m being judgy-pants; I’m not questioning people’s right to enjoy themselves, I just want to look at how being inebriated affects people who do call themselves poker players.

Alcohol does many things to our bodies, especially our brains. In terms of relevance to poker, I think there are two primarily important factors:

So given that alcohol slows down our thoughts at the same time as making us feel great about potentially bad decisions, it is obviously not a compatible addition to a serious player’s game, let’s not even think about the potential long-term health consequences of drinking every time you play poker if that’s five or six times a week!
I haven’t done a proper scientific study, so my assertion is conjecture, but I stand by it: If you want to call yourself a serious poker player, then you cannot have a pint in your hand at the table, or at your desk behind your laptop.

If all the serious players at all buyin levels can accept alcohol is –EV, and let’s be honest, most serious players do accept that already, where should we stand on the openly recreational players getting pissed and allowing us to take their money?
I have often felt a little bit of glee when I arrive at a table and see beers at players’ sides. I love it when I know that they’re getting a bit sloshed and still order another short and mixer from the valet. I obviously don’t love it when they dribble, spanner equipment, drunkenly try to grope me under the table or tell me their boring life story in barely comprehensible and burpy words.
I have accepted the downside of playing with drunk recreational players as part of the overall good deal of them having no idea what they’re doing in the first place, compounded by the fact their brain is not performing to capacity.

Does this make me a bad person? If I take money off that guy, am I just a thief? Is it real poker if they are drunk?

When I ran a cardroom, I was quite vigilant about drunks, and I would kick them off the cash table; tournaments are a little bit harder, because they might lose when pissed but are guaranteed to lose if I stop them playing. Unless they were totally out of control, I could really only stop them buying in to the tournament again after one drunken bust out, and obviously stop them drinking more!
If I’m absolutely truthful, there was a strong element of just not wanting to deal with drunks, the vomit, the shouting, the potential rows and the inevitable damage to my cards.
I guess what I’m saying is that I was thinking more about me having an easy shift at work as opposed to a genuine concern for the moral implications of letting a drunk dood play sober sharks.
Does that make me a bad person?

UK Gambling law is very strict, and in terms of pit games, all operators have a responsibility to “protect the vulnerable”. I have, on many occasions seen pit players stopped from gaming because they were too drunk, irrespective of whether they were winning or losing. 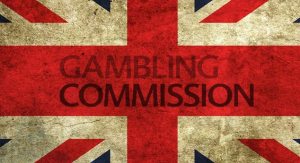 How the rules exactly relate to the card-room games, which are defined as “games of even chance” (opposition to “banker’s games”, which have a house edge) is a slightly greyer area.

I did once allow a group of drunks to continue playing. They weren’t slaughtered, they were reasonably together, but they were definitely drunk; they were some sort of sports team (footballers?) from somewhere, and they were all massive blokes who seemed more than capable of handling their booze.
They were all well-off, and the 50p/50p cash table was very obviously nothing to them, they were throwing £50 notes about and apparently didn’t care!

The table was 50% drunk, rich footballers, and 50% my penny regulars; I think I would have faced a riot if I’d tried to stop that game, because my regulars were cleaning up.
When I worry about the moral implications of letting this game continue I justify it to myself by saying that at least I was protecting the drunks by not allowing the regs to do anything dodgy. If I’d stopped the game in the casino and the regs had convinced the drunks to move the game to an unregulated home game, it would have been even less fair. There would have been soft-play at best, and open cheating at worst.

Does the fact that the footballers were rich and the amount of money was nothing to them make any difference to the moral implications? Probably not.
Does the fact that they were terrible poker players (they probably would have lost if they had been sober) and were there to drink as much, if not more, than to play poker make a difference? I honestly don’t know.

In the last couple of years, I’ve started to care more about people. I can’t explain that. Maybe some latent mothering genes have surfaced and have nowhere to go because I haven’t had any children. Maybe that just happens as you get older, maybe I am, after all, just a soft cunt.
Either way, somehow, I don’t feel good about taking anyone’s money when they are bladdered anymore. I don’t feel like I really beat them, but more like I picked their pocket.

It is their own fault, they are adults and they make the choice to be pissed at the table, but these days, I don’t like the way it makes me feel.
When I outplay someone because I force them to make a mistake, especially if they are a good player, I get a real buzz from it, and love to scoop that money in. Even if I win a big pot from someone who is drunk, I don’t get a buzz, the money feels a bit dirty to me somehow.

I’m not going to play poker drunk ever again (or in fact stoned, as I prefer a smoke to a drink), it’s definitely a losing play.

Also, I’m going to actively avoid playing a drunk guy, because although it might be good for my bankroll, I don’t think it’s good for my perception of myself and my soul.

I’m also concerned about the overall image of the world of poker if serious players encourage recreational players to keep playing when they are really pissed.
I think all cardroom managers should take action to stop it, irrespective of the inevitable backlash from regs who see the potential financial profit.

What do you think? Am I right to worry about other people, should serious players look after recreational players? Or is poker an adult jungle, and it’s not up to me to tell someone else he’s too drunk to play?
Most pressingly, is low-stakes live poker only profitable if we include the money of the mashed?