Party Time: Off The Clock

I set up some tournaments on my little skin on the MPN network the other day.
It had been a long night before that day in the office as I misguidedly went for cocktails with David Lappin and his lady, Saron, and sat up talking utter shite until about 2am before barrelling into the office at 8am with yesterday’s make-up on my face and a strange, yeasty smell about my person.

I set up 185 centroll tournaments, and it took me six hours, at which point I realised I had set them up incorrectly, and had to delete the lot and start again.
After I’d done it a 2nd time, I realised I’d set them up incorrectly again… I’d intended to have a 2c add-on instead of 1c.
In the end, I chose, for my own sanity, to leave the tournaments as they were. Estimated cost to my business – €23.

Meh. If the boss reads this he can have it out of my bankroll; I’ll give him a pony and he can keep the change.

I love the image of myself as a bastion of glowing morality, but truthfully, I was hungover, almost blind from tournament set-up tilt and the cost of my mistake was miniscule.
Literally, no one would care.
Had I told my boss about my mistake he probably would have replied “you’ve just wasted €50 of my time telling me about it, get the fuck out of my office”.

It’s a common meme within business that making a mistake creates a potential opportunity to promote; it’s proven that a customer with a well-handled complaint is likely to be more engaged with your brand than a customer with no complaint at all.

That’s lovely to know, but there has to be a fiscal event horizon for a business where the financial cost of rectifying the mistake in the best and fairest way becomes heavier than the non-tangible rewards for doing so, and so “best and fairest” becomes “as close to best and fair as we can go without spending megabucks”. 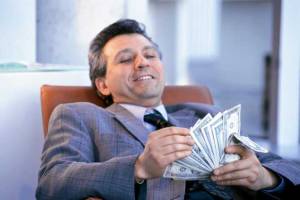 You may be aware of a recent cock-up on Party Poker in the $5300buyin/$5milly gtd online event.
Actually, maybe you’re not, unless you sniff around Poker Twitter quite a lot, because I couldn’t find any online articles about it outside this one from a content affiliate that doesn’t appear to promote Party, and this one from my Twitter friend and steak snob, Alex Weldon.

There was, perhaps understandably, some rage about it, although far less than I thought there might be given the large buyin and guarantee.

I attribute this to one or more of the following reasons:

I don’t play $5k tourneys, so you might wonder what my interest in this is, and I have one word: principle.

So… what were their options?

I can’t think of any more, and I certainly cannot think of one that is good for everybody.
Sometimes there is no way to keep everybody happy after a mistake, especially when the mistake happens in a super high-profile arena.

The best solution is – set up your online tournaments properly, ya dumb shits. However, who could seriously suggest that this was done deliberately or maliciously? Only a complete idiot would think that!
A human-being made this mistake; one person, with a job and kids and hobbies, an individual person like you and me. 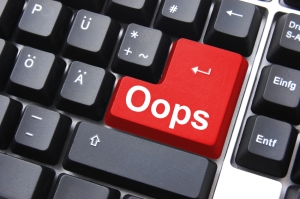 Only those of us who have never made a mistake at work can call that person out, so I can’t… can you, really?
Maybe the effect of this is that Party will look closely at their processes with regards setting up/monitoring large buyin and prizepool tournaments and hopefully all other operators will think about it too.

Party Poker have done a lot to breath life into the declining poker industry, and when juggling so many balls, one is bound to get dropped occasionally.
It’s not an excuse, but it’s a reasonable explanation, and if we’re not prepared to accept it as players, then nor should we take advantage of any of the multitude of good stuff Party have been doing recently.

We cannot have it both ways.

What depressed me most (although surprised me none) is the lack of official communication from Party on the topic. Maybe I missed it? If there is any that you know of, please link me.
There seems to be a general attitude, across all brands, in all industries, of keeping quiet about fuck-ups, and I think it’s a bad plan, most obviously within gambling.

The people want answers, and I felt bloody sorry for PlenoPads, the monkey that everyone attacked because they know they’re getting no juice from the organ-grinder. Even then, he only seemed to wade in after Doug Polk tweeted about it to his army of sycophantic followers. 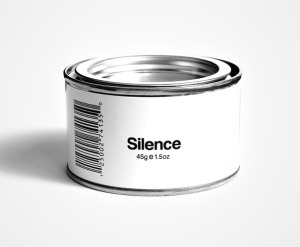 I’d be making more of an issue out of this if Party had behaved unusually, but they have not; silence following a fuck-up seems to be the strategy from all operators, including the one I work for.

As a player, I don’t think that’s good enough, and all I can do is promise to continue to go hoarse at meetings trying to get this attitude changed.
My belief is that if, as an operator, I want the attention when I’m crowing about something good I do, I should directly take the heat when I fuck up.

Honesty and transparency are the cornerstones of a healthy gaming industry, it’s no good poker operators dodging responsibility because there are not enough complaints, or the story doesn’t make a splash in the (content affiliate) industry media.

I was taught that you can be proud of a mistake if you were trying something exceptional and you learn from it – both of these conditions apply to Party here… so why the radio silence? Because it’s industry standard.

I see this business culture of silence in gaming as a bigger problem than an accidental mess-up with a tournament clock followed by a stable and reasonable resolution, a bigger problem by a VERY large margin.

2 thoughts on “Party Time: Off The Clock”