This blog was inspired by this video, Selbst v Baumann in the WSOP ME.
It’s a good hand if you haven’t seen it already:

I advocate studying poker, if you want to make a profit, or even just lose more slowly.
There are many people who have now made a long living from poker, and they know what they’re talking about; they are experts, although they may hesitate to refer to themselves as such.

Do you know who is not a poker expert?
Me.

What is it about games/sports that makes everyone who has more than a passing interest in them feel like an expert?

I do spend a lot of time playing, reading and thinking about poker; does that automatically make me an expert? 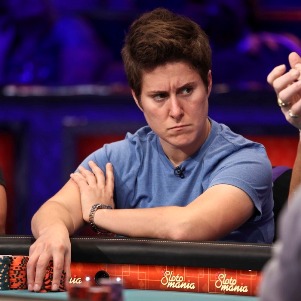 When two world-class poker players are sparring with cards and chips, am I qualified, by passion alone, to say that one, or other, or both, did not do their job properly?

I must be an Expert, because the forums and FaceBook pages are full of players at my micro-level who all realise Vanessa Selbst is the worst for not folding there.

What other professions could possibly attract these experts?
Are there hospital corridors crowded with Casulty fans screaming “hold the knife THAT way” at surgeons?
Are the courts clogged with WikiPedia law experts tugging at the wigs of qualified barristers?

Doctors and lawyers get a certificate for the hours they put into studying their trade and, unless anyone can produce a bigger certificate, they automatically win the room on any relevant points of doctoring or lawyering.

Professional game players don’t seem to earn this respect because they don’t have a certificate.
Let’s not worry about the years spent at the top of their game, crushing their opponents and making a living out of what most of us look forward to at the weekend.
There’s no certificate from poker school, or darts school, or football school that the top game players can use for protection against The Experts.

Professional footballers get hours of Expert advice shouted at them from fat men on sofas.
Professional snooker players get their skills humiliated by drunks in the pub on a nightly basis.

Professional poker players get called “stupid, fat, dyke slut” on poker video threads because they called a bet that everyone would call.

I was initially going to have a gunt-out rant about sexism, sexually-threatening  words, women being people, blah blah, but honestly, that wasn’t even what annoyed me so deeply about the comments thrown at Selbst after she called Baumann’s river bet.

That said, to have a brief, vagina-aside, I do think it’s weird that so many men comment physically/sexually on female poker players as a result of how they play poker hands.
I’ve never seen comments from players online after Phil Ivey or Gus Hansen played a hand (badly or well) such as:

“Well, he butchered that hand, but at least he’s the best looking man at that table.”
“He’s a great player. Shame he’s ugly as fuck.”
“That would have been less painful if he’d been topless.”
“He’s a dirty, heterosexual cunt, all he needs is my dick in his hole and then he’ll see the light.”

I’m fairly okay with abusive language.
That’s a weird sentence to write, but it’s true. I’m not a whiney little weiner, and I can take, and give, sexist abuse, sexual/sexuality orientated banter, aggressive swearing and unspeakably awful topics for jokes.

I am not a woman of tight conversational boundaries; words say more about the speaker than the listener.

For the first time in a long time, I became hugely upset at the level of vitriol aimed at Selbst relevant not to her poker game, but to her gender and her sexuality. I was momentarily embarrassed for my species… again.

This is not the topic of this blog, so not gonna bang on about it, but can we please all start calling that shit out? There’s casual sexism, jokes, bantz and then there’s entry level insight into the minds of potential serial killers; when you see this stuff, call it out, whatever your age, sex, sexuality or gender.

What pissed me off more than Selbst’s gender or sexuality being cited as relevant to how she makes a decision in a card game, was the queue of Experts who were 100% sure that Selbst’s holding was a fold and were “10000000000% sure I snap fold, in game, right there”.

Oh just fuck ya all.

I was most enraged by Experts I know who play at or around my level declaring their instant snap folds. I actually know this has to be a lie, and here’s my logic:

I play av €8 tourneys online and in this hand, in either player’s spot on the river, in an €8 large field tourney, I’m shoving every single boat and a lot of flushes for value. Yes.
Because I expect to get called with every flush and all trips and possibly even a ridiculous top pair/decent pocket now and then. Not saying 100% of my opponents are playing that way, but in large field $8 tournaments, enough of them are playing that way for me to grind a profit.

That means there is no way that all these micro/rec experts who claim they’d find a fold here are realistically capable of it, and if they are, then I should keep jamming the shit out of every single boat, every flush, all the trips and some top pairs while I’m  at it too.

Of course, this means that they should adjust and call AND THEN WE’RE BACK WHERE WE STARTED. Roll-up! Roll-up! Take Your Turn On The Levelling Merry-Go-Round!

Yeah, okay, I’m very sure if all you pro-players do your maths with your magic power-up poker engines it’s a fold. Well done, computers think for you.
When you need to play the most boring poker in the world because it’s the most long-term profitable play and you make your living from the game then, yeah, fine, whatever, it’s a mathematical fold.
If you pros are gonna tell me it’s a fold, I’ll listen to your expert advice.

Thing is, pro-players, maybe it’s not a fold if you want to be high-profile?
Not all professional poker players want to be famous poker players, but poker is not just a mathematical game anymore, it’s also media career opportunity.

If someone can fully explain to me why Baumann (apparently REALLY obviously) has 100% zero bluffs on that river, AND is never playing A7h that way, then maybe I’ll retract this statement, but until then:

A poker player who values their celebrity profile should not fold that spot, it is minus media EV.
If the perfect storm has been created, and you are facing the 0.01% bluff from Baumann, with the lights and cameras, on the feature table of the WSOP Main Event and you fold top boat to a bluff… you will not bounce back from that. 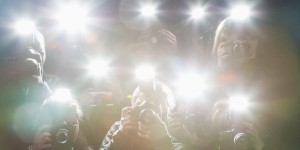 If being a star of the poker media is your goal, then you want to leave the table saying what Vanessa said: “now I got a story”
When you’re promoting the Brand Of You, you really can’t afford to say: “now I gave the other guy a story”.

Plus, I’ve spent a decade lapping up all your fucking advice which says don’t play tourneys you’re not bankrolled for and don’t be scared, so call the river, shake the French hand and go do some interviews.

In my usual, silly, non-mathematical way, I want Selbst to call there, I need Selbst to call there, my heart MUST have that river as a call in Selbst’s spot, because, as a recreational player, if I can’t call off my money with the 2nd best possible hand out there and feel okay about that decision, then my dream of poker as a stable, mainstream leisure industry is dead.

If that call is so wrong, awful, terrible, so obviously a fold, and the player who made the play deserving of actual abuse… why would anyone ever want to join in and play with us?
We can’t grow, or even sustain, a financial economy based on a card game we can’t sell to new players and I think it’s fair to say a game where that call is “so obviously retarded” is a bloody hard sell.