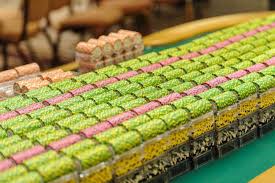 20 mins from Evan at gripsed.com on mid/late stage stack building in MTTs.

It’s beginner strategy, but I think this is relevant to a lot of experienced players, especially cash players who don’t play many tourneys, or smaller field players who occasionally play massive MTTs.

He really understands the psychology of late stage tourney play, and how it feels when you’re considering putting your life on the line with crap cards. If you hate the fact that you might have to 3bet shove pre-flop with A5 suited, this video should help you.

I’m always a fan of someone who delivers strategy from the angle of learning themselves, which is what Evan does here. He gives out some harsh truths in this video and if you find you’re cashing in a lot of tourneys, but not making any final tables, Evan may be able to tell you why, so you should listen.

I’ve heard a lot recently the idea of 3betting/4betting pre-flop to “affect your image” one way or another. I think at beginner level, it’s worth not getting too caught up in this idea. Concentration is better spent on understanding your opponent, and what they ALREADY think of you, and how best to exploit that. That is plenty to be thinking about, when you have all that nailed off, then maybe it’s time to start thinking about taking control of what your opponent thinks, but one thing at a time!
Better your opponent thinks you’re tight and you get to re-steal, than he thinks you’re loose and pays your premium hand, because a re-steal opportunity comes around more often than a premium hand, and in the late stages of an low stacks or turbo MTT, the average stack will not be 100+bb!

I'm such a clever little monkey, I hunt down accessible beginner/intermediate poker strategy and collect it for The Poker Baffer. Tell me what you want to know about, and I'll monkey sniff it out!